ServiceP&S has a rich pool of specialized staffs in each language. From the Tokai region in central Japan, we provide interpretation, translation and narration services to businesses based in Japan as well as overseas.

P&S covers not only much-in-demand language such as English, but also rare languages including Russian, Uzbek and Thai.

P&S is a professional at creating bonds between people and business with the power of language.With numerous achievements obtained through our experiences, we offer solutions by sincerely understanding your needs.

Interpretation ServiceOffering translation that conveys the culture, mind and emotion 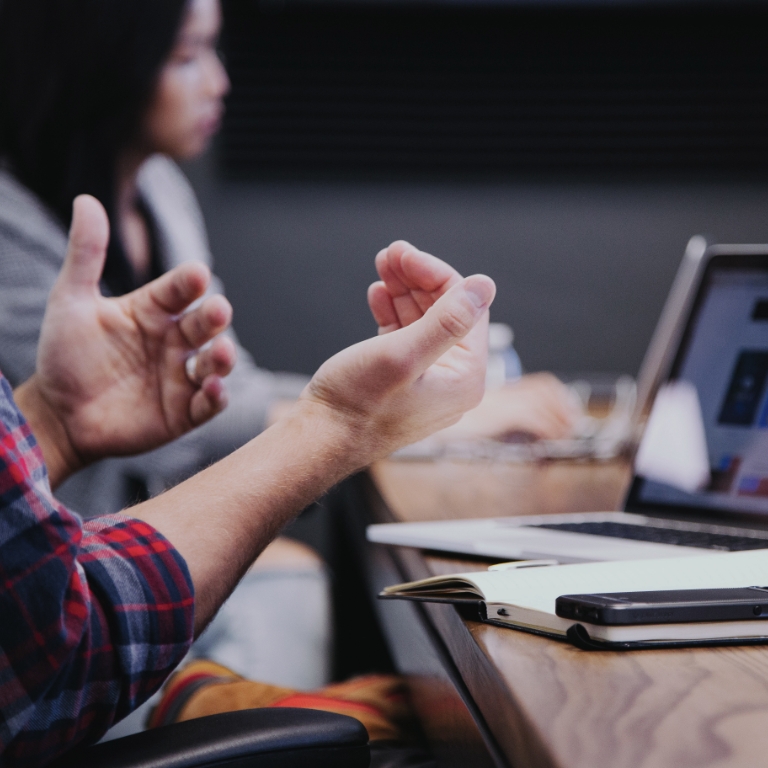 Not to mention the precise performance of our communication contents, we keep an uncompromising attitude towards providing consideration and communication beyond translation.

Translation ServiceTranslating each word through perspectives of a native speaker 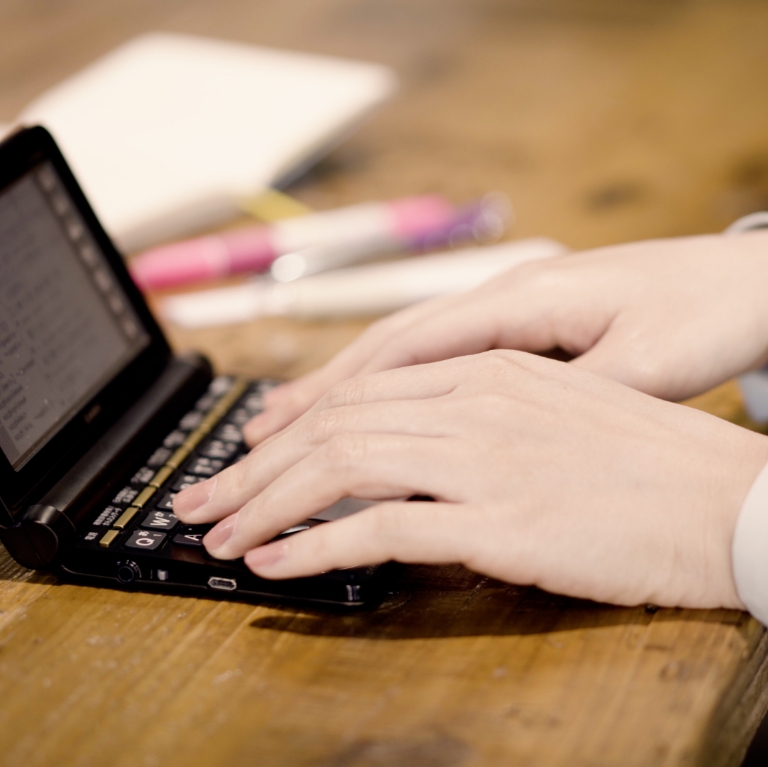 In the age of rapid globalization, the demand for multi-language support is increasing in business. At P&S, we cover wide areas from highly specialized fields to business and general translation. 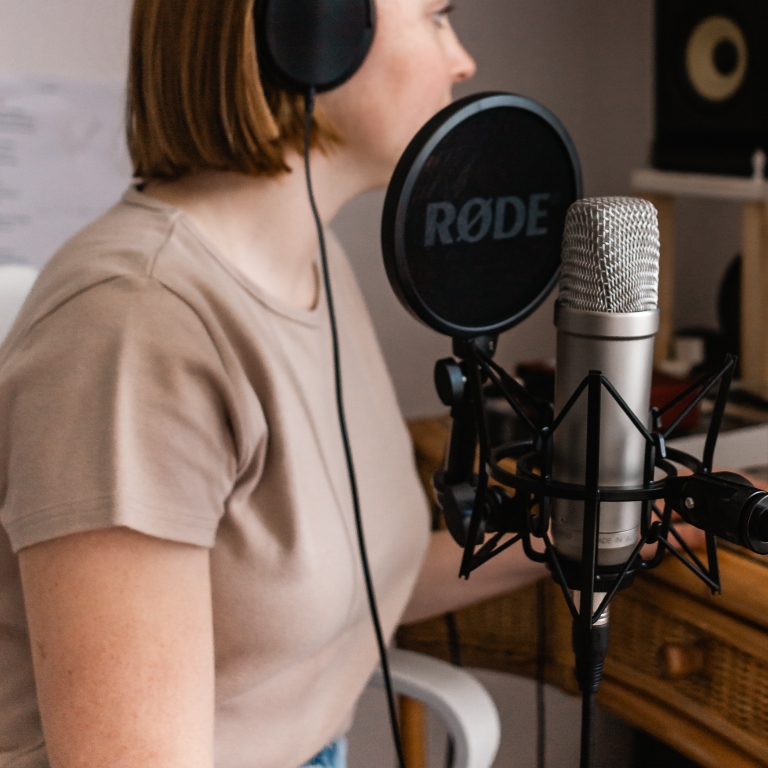 From on-site narrations to delivery of narrations in audio format, we are flexible toward any kind of requests. We can also take care of translation and proofreading of your narration scripts.

We arrange the right narrator, who perfectly matches the image, to meet our customer’s objectives. P&S delivers effective and high-quality narration for product presentation, guide and promotional videos.

Passionate about offering a perfect language service as speedily as possible

As you can imagine from our corporate name “Perfect & Speedy,” we reply to our customer’s requests through “perfect finish and speedy correspondence.”

But what does it mean to be “perfect?”
We consider it as a sincere translation that comes from our heart, instead of just replacing words into a different language.
Rather than coming up with sentences that can at least be read, we think it is important to provide a final product that can be understood easily without extra efforts.

In order to do so, mechanically translating each word is not enough.
At P&S, we understand how people’s way of thinking differ depending on the country that they live in and their cultural backgrounds. We take such delicate nuances into consideration while providing smooth communication to understand the emotions behind the language.
No matter how much the level of AI improves along with technical improvements of machine translation, we are certain that there are matters only humans can handle.

It can be said that we are mediators committed to delivering our clients’ message.
This is the reason why we cherish the relationship of trust between our clients in our daily operation.
We believe that words of those considered to be untrustworthy are meaningless and delivering message can only be achieved with the stable base of trust.
With such philosophy in mind, P&S has worked with various companies as well as individuals. Request from administrations and local municipalities are also on the rise.
We will continue our journey with the feeling of gratitude toward our clients and staffs, thanking every encounter with them.

P&S is a group of professionals, serving as the bridge to connect customers and the world with our language service.

In the age of rapid globalization, demand for multi-language support is increasing in business.
At P&S, we cover wide areas from highly specialized fields to business and general translation.
We support not only much-in-demand language such as English, but also rare languages including Russian, Uzbek and Thai.

The power behind our language service is the experience acquired through many years in the industry and our specialized staffs that we take pride in. Our staffs are fully confident of their skills as a language professional.
Basically, a native staff is assigned for the task but please note that this may not be the case depending on the requested language or field.

Translated sentences go through a double check or a proofreading process by a native checker. For interpretation or narration requests, we arrange a native interpreter or a narrator in the requested language.
It is the strength of the language service to have the chance to meet many people from around the world who are working in various industries and fields. This allows us to obtain insights toward such country and the industry.
P&S has successfully completed each project by making full use of our expertise obtained through such encounters and continued to improve our business by listening to feedbacks from our customers.
We will continue to serve as the bridge, connecting people and business that are yet unknown to us.

Explore the magnetism of P&S from the video

We created a video inviting you to explore our vision and attitudes toward language services. If you are wondering “Who are the people behind P&S?” or if you would like to know more about our company, please check our video.

Behind Our Corporate Name “P&S”

The beginning of P&S goes back to 2002, when Russia’s national football team came to Japan to compete in the 2002 FIFA World Cup Korea/Japan. Our history as a language service company began when we were asked by a hotel to provide interpretation services for their guests, who were involved in corporate sponsors.

Albina Nagasaka, the representative of P&S was often considered to be a “perfectionist” due to her “tenacious personality to complete any given task to its very end.” This is the reason why the word “Perfect” appears in our corporate name. We also added “Speedy” to because we were determined to provide a perfect service to our customers as speedily as possible.

In 2004, Albina launched a service of bridal and musical performance, making full use of her experience in the world of music. The language service was originally limited to Russian, but as the company obtained more and more achievements in this area, we were requested from our customers to provide such services in other languages as well. Thanks to our encounter with reliable staffs, we have largely expanded our languages.
Due to further expansion in our language service, we decided to withdraw from our bridal and music services in 2020, dedicating ourselves as experts in the language service business.

What Our Logo Stands For

The fusion of Russian language and Japanese-styled calligraphy is the embodiment of an eclectic mix of Japan and Russia, which express our goal to serve as the bridge between these countries.
While “П” and “И” signify Albina’s attitude towards work, study, and language acquisition, “С” is the symbol of Albina herself, who came to Japan all the way from Russia.
Furthermore, the “C” has another connotation. Resembling a small bird, it symbolizes Albina’s approach of “talking/speaking = bird’s exquisite chirping = freely flying over the sky of language,” inspired from herself who “loves to talk and communicate as well as working with her voice.

Message from the representative

Contributing to the Japanese society through language service with a heart

Thank you for visiting our website. My name is Albina Nagasaka. I am from Russia and I have been working in Japan in mainly two areas: language related service including translation and interpretation, as well as music business including performances at bridal ceremonies.
Language and music - they may sound like an unfamiliar match, but I believe they have one thing in common: they both “convey messages to others.”
The reason why I decided to work in these fields is natural for me, as a person who loves communicating and talking with others.
I had the chance to meet many Japanese and foreign people while I was in various places, whether during my study or at work. And I noticed that a network of people from the language industry has formed naturally.

As a foreigner living in Japan, I was wondering “Is there anything I can do more to support the community? I want to make more contribution to the society!” With this in mind, I decided to unify my business into language related service, while continuing my musical project as one of my hobbies. There is a reason behind my passion towards contributing to the Japanese society. It is because I am eager to give back the richness and joy that this country has given me. Although we are based in Shizuoka, in the heart of the main island of Japan, it will be our greatest joy to support companies and individuals living outside Japan with our language related services.

P&S is what we are today thanks to companies and staffs who have worked with us. We could not come this far had it not been for the support of everyone whom we have encountered during our journey.
Now, it is our turn to support your business through language.
I can offer the right service to meet the customer’s request, following my experience as a practicing interpreter and narrator with full knowledge in this field.
We also take extra care in the working environment our staffs. I believe that as a result, this allows us to achieve the perfect performance that we always aim for.
Together with improving the quality of our services while expanding our pool of supported languages, we will keep on working to become a company that you can feel assured and want to always come back to. 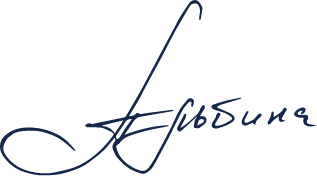 Past achievements related to bridal and musical performances as well as language abilities and achievements etc.
of the director can be seen from the article below

Past achievements related to bridal and musical performances

2002
Establishment as translation and interpretation company.
2004
Along with language related business, launch of bridal and musical performance service, following the representative’s experience in the world of music.
2008
Launch of Russian narration business.
2010
Change of corporate name to “Perfect Studio.”
December, 2017
Corporate establishment as “P&S Co., Ltd.”
The name originates from “Perfect studio & Supreme trade.”
November, 2020
Withdrawal from bridal and music services due to expansion and consolidation of business.
Change of the meaning of the corporate name to “Perfect & Speed.”

Here are some of our projects which we have taken part of with the request of our clients.

Achievements in public office sector
*For public office related businesses, details such as names of municipalities and facilities will not be disclosed due to confidentiality obligations.

Introducing you to our customer’s voice

We collected voices of our customers whom we have worked with.
Please use them as your reference if you are thinking about placing an order.